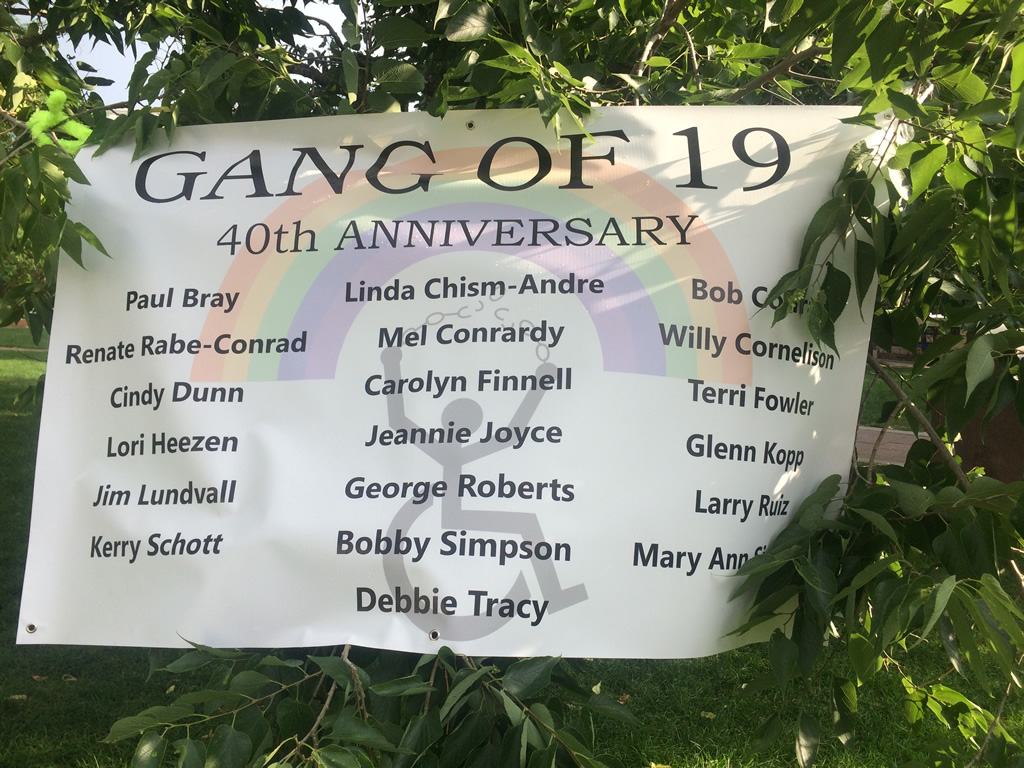 ADAPT, known throughout the years as American Disabled for Accessible Public Transit or American Disabled for Attendant Programs Today, has been an ally to the Atlantis Community since its inception in 1983. ADAPT has always been a political action group, with its first extended campaign focused on accessibility of public transit. After all, disabled people pay the same taxes as everyone else. An inaccessible, tax-funded public transit system is patently unfair and discriminatory. Through public protests, marches, picketing, and other forms of civil disobedience, ADAPT actions brought discrimination in public transit systems to light in various cities throughout the USA. This resulted in many cities—Denver being the first—recreating their public transit system with full accessibility in mind. ADAPT actions were also invaluable to the passing of the Americans with Disabilities Act in 1990.

To this day ADAPT continues its campaigns. They now focus on integrated, accessible housing and dismantling the overwhelming influence of the nursing home industry over the lives of the elderly and disabled. To learn more about ADAPT and how to get in contact with them directly, please visit their website at www.ADAPT.org.